Ever wonder what a year in temperature would look like when you look back on it? Our Graphic Designer Meg did. 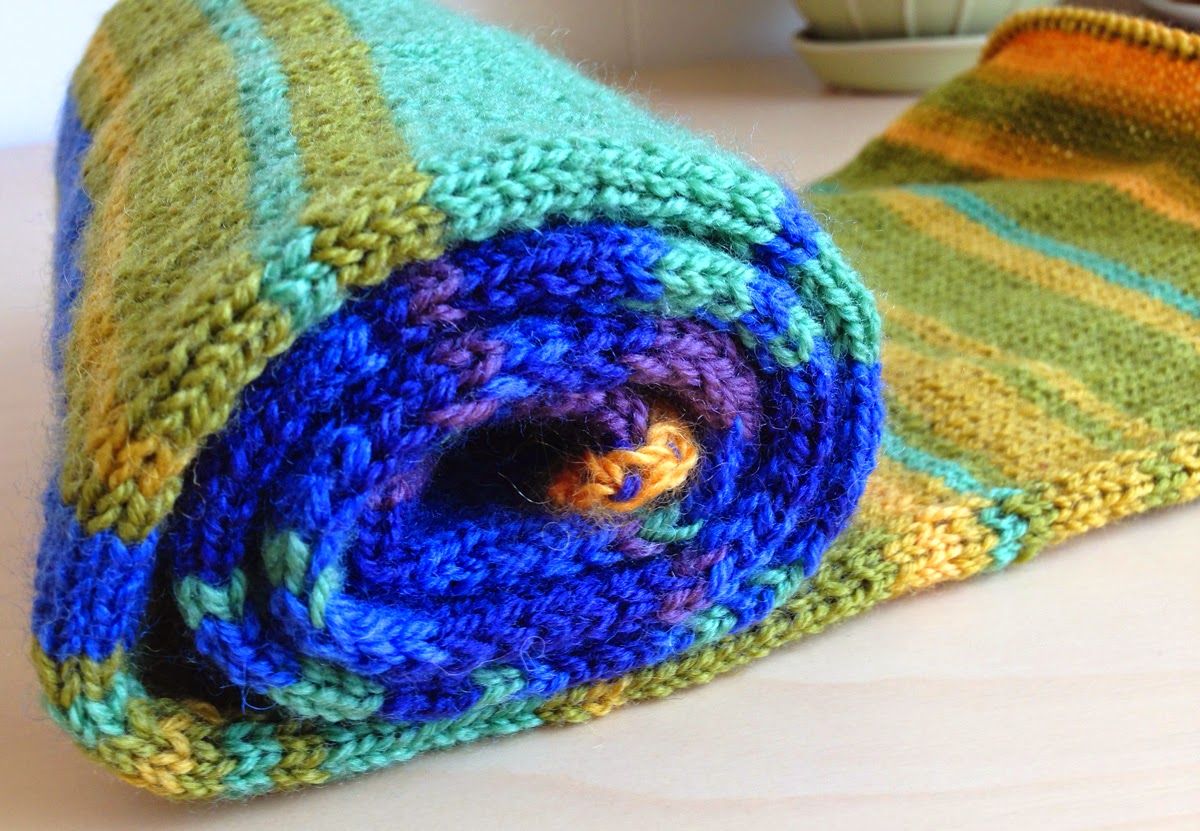 Meg used a provisional cast-on and is planning on making her tube into a loop on December 31 (or shortly thereafter). She is knitting 2 rounds for every day, using colors that correspond to the day’s average temperature (instead of its highest tem).

Meg’s boyfriend is a geographer and found a temperature scale that is used in "official" maps. She then chose colors of Liberty Wool Light that most closely matched the scale, but instead of having a different color for every 5º F, Meg chose to note the temperature breaks every 10º F. 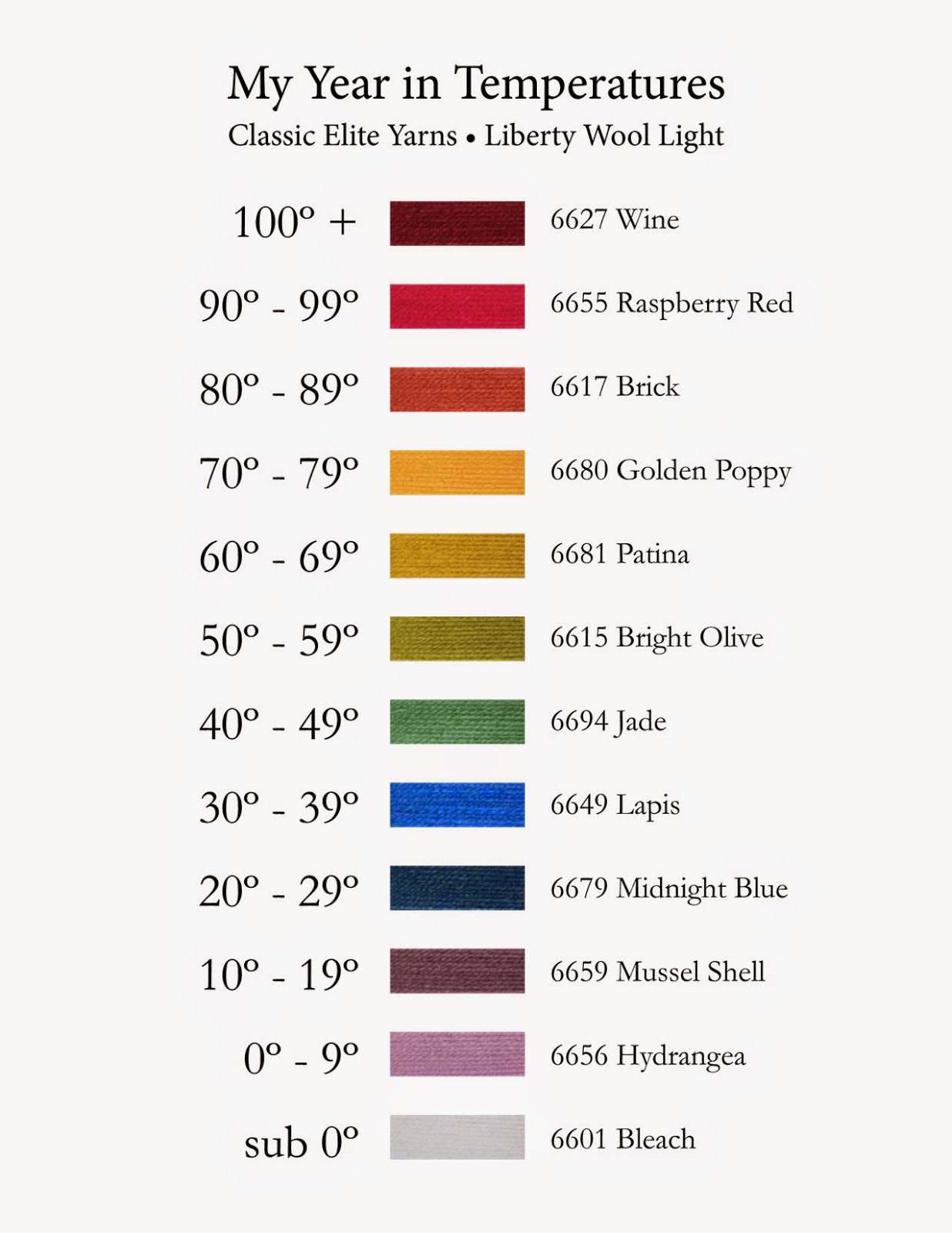 As you can see Massachusetts had a cold winter. And everyone at the office is hoping that she never gets to use the Wine (or even the Raspberry Red). 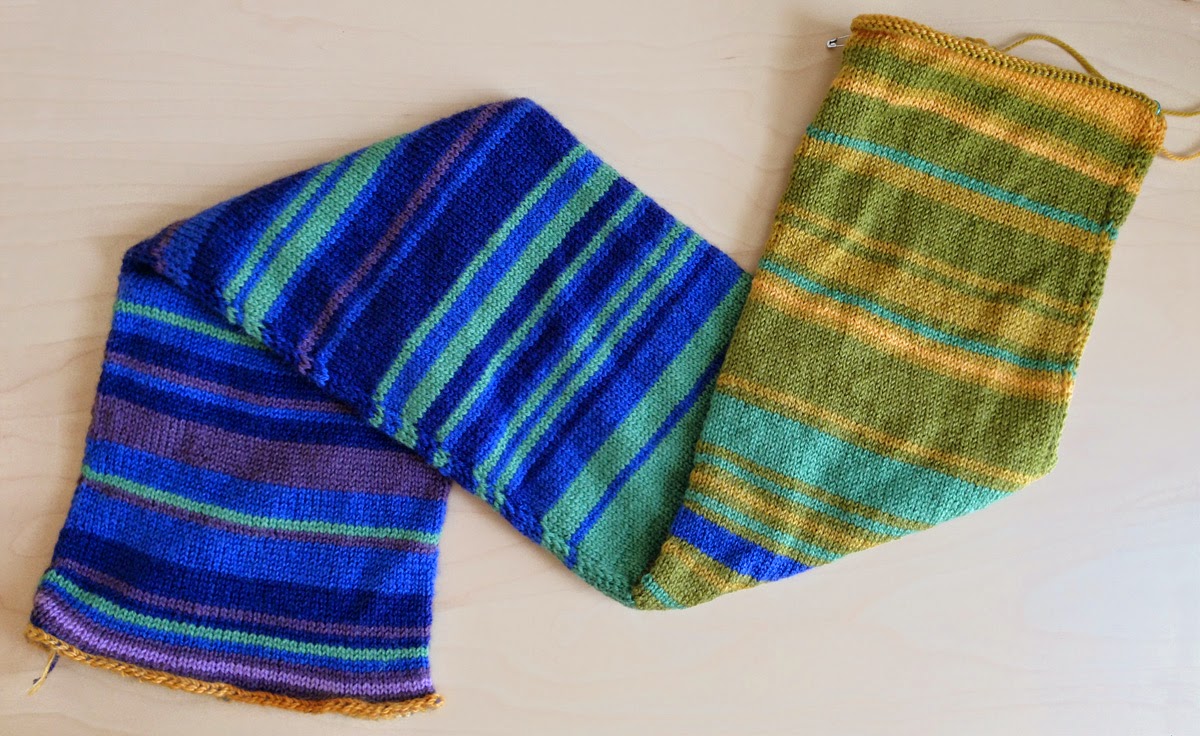 Here is what Meg says about the project:

Knitting a tube is perfect for Liberty Wool Light because it is a lightweight yarn, but the scarf will still have plenty of body (and, at my gauge, be about 90" long). Also, a tube avoids the conundrum of WS/RS when knitting stripes while also hiding where I carried unused colors up the work to avoid cutting them. I started my scarf on Jan. 1, 2014, but that's just a pretty date. Starting at a different time in the year would change the look by altering the color progression (perhaps yellow/orange on the ends and blue in the center).

It is perfect lunchtime knitting a few days a week. As long as I keep up, it never takes much time to knit a few days. The photos show my scarf up to June 11th; I've fallen a little behind. As to whether or not I'll weave in my ends or just knot them, that's yet to be determined.

It’s been fun watching her progress at the lunch table and seeing what is going to happen next.

Knit on.
Email ThisBlogThis!Share to TwitterShare to FacebookShare to Pinterest