Stripes and Fair Isle. Two trends in knitting that are not going away anytime soon. So Heather, our Sales Director, thought ‘why not put the two together?’ 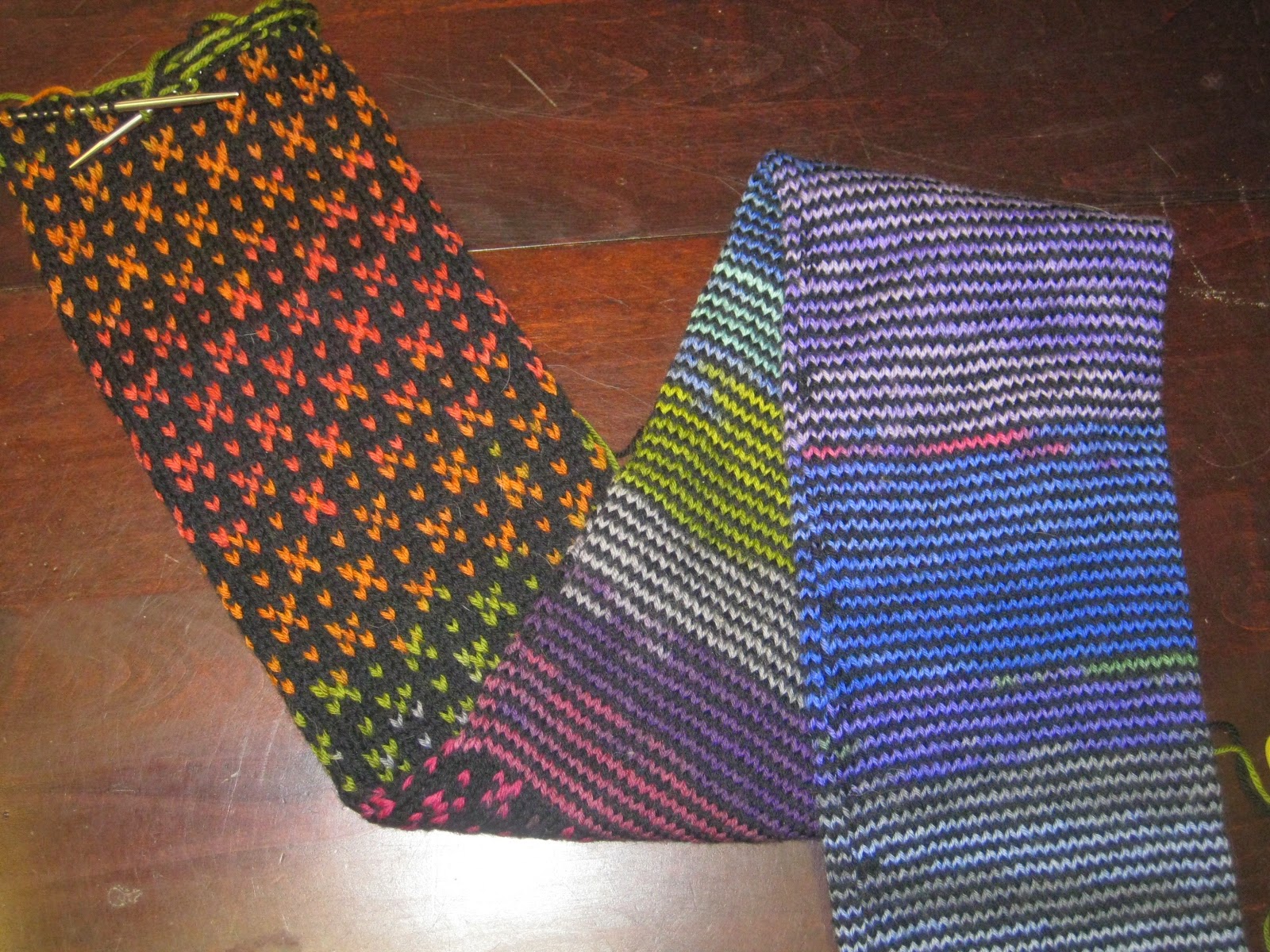 Inspired by a plethora of cowls that she has seen on Ravelry and in stores, Heather decided to cast on for her own tubular cowl using a Liberty Wool Solid and a Liberty Wool Print.

She started with a provisional cast on and knit one-row stripes for about half the length of the cowl (she estimated the length by occasionally draping the WIP – needles and all – around her neck). She then scoured Ravelry for a Fair Isle pattern that she thought would complement the stripes nicely, choosing a graphic motif that is easy to memorize and doesn’t get lost in the print of the Liberty Wool. 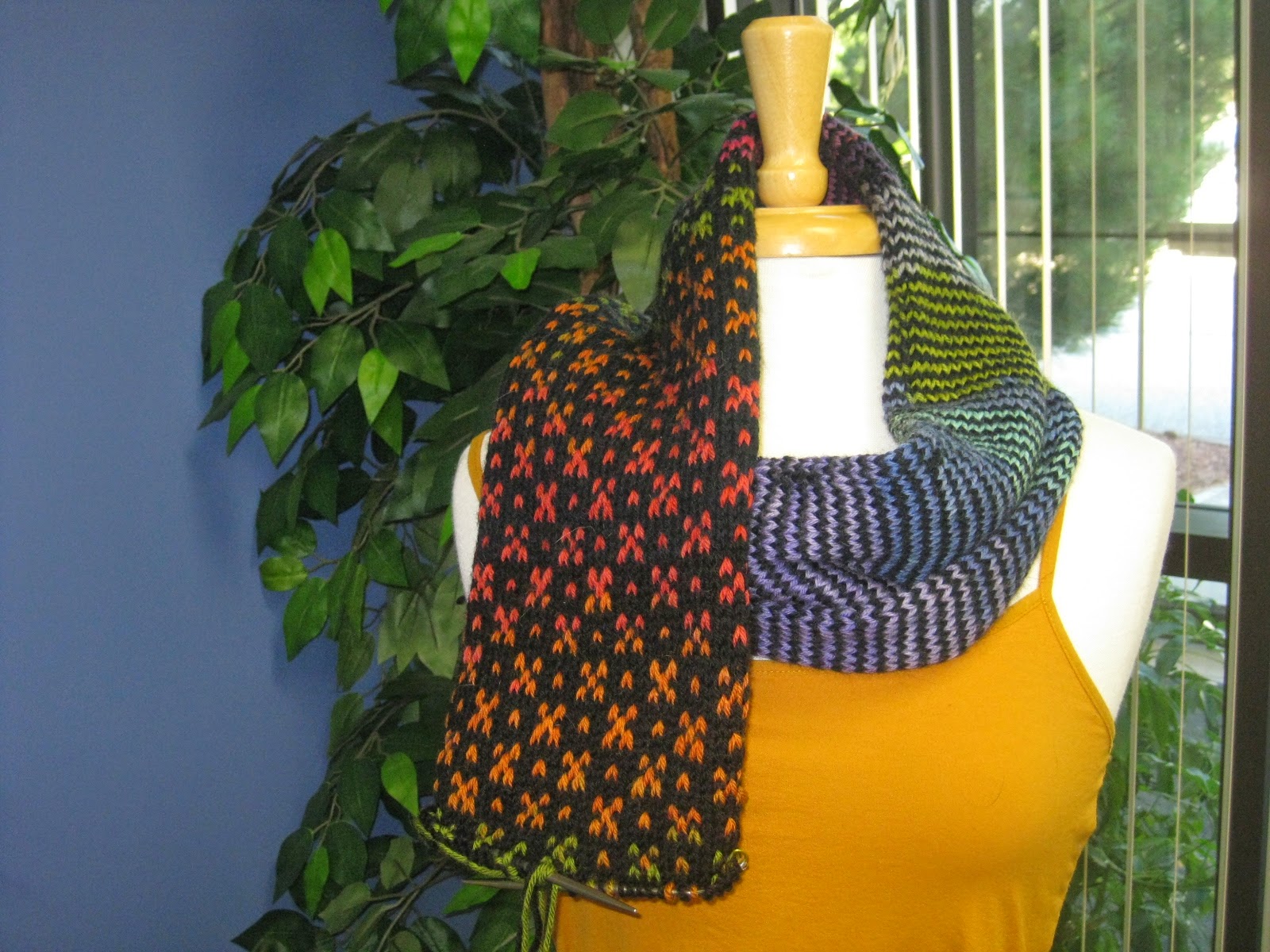 Although she started the cowl for herself, her daughter has also laid claim to it. It will be interesting to find out who wins it in the end. Looks like Heather might be casting on for another one not long after she grafts the ends together on this one!